M.N.: We are talking during the pandemic – how does the situation influence your work? Can you be creative at all in such circumstances?

K.N.: No. I need a clear head to work. In painting I touch upon more serious themes, but I have tried to make a clean break from the heavy existentialism that I soaked up while studying at the Academy. We were ingrained with the conviction that work devoid of it is worthless. Yet I built my language on the affirmation of life, of colour. I cannot process what is happening now into my art, but I wouldn’t be able to work in a parallel world either, pretending that nothing is happening around me. I believe that plenty of art responding to this situation will emerge in the coming months and years but wouldn’t like to refer directly to it at the moment.

M.N.: How often do you usually come to the studio?

K.N.: If I can, I try to be here daily, even if only for a while. Even a moment is enough to see what the process looks like, to shift something, and then everything sets into motion in the mind. To an extent these works develop themselves, and I don’t even know how to describe it. Once I get to work on something I don’t change anything – there is nothing to repaint here, like in a painting. Decisions are made and stay here, and I work on with them there, on a number of layers. The process is very long, and you can always change and repaint… That is why even a short visit to the studio when creating 3-D forms can push a concept forward.

M.N.: As you started talking about it, I wanted to ask about your journey from painting to three-dimensional forms. Do you still consider yourself a painter, or rather a sculptor?

K.N.: I haven’t ceased to be a painter at all. In writing about my three-dimensional works Magda Ujma called them post-painterly sculptures, suggesting a extension of painterly experiences towards spatial forms. I didn’t know how to achieve certain things in painting although I felt them, and space let me do this. I haven’t stopped painting either, and I am not cutting myself off from painting. However, my latest projects were so absorbing that I simply didn’t have enough time for it.

M.N.: I was curious to know whether this transition towards the three-dimensional was in any way connected to a move of the studio or the style of your work.

K.N.: It’s hard to say. Everything became layered. Certainly, an important moment was the publication of the album 100 Painters of Tom[PK1] orrow, which included my paintings – that was when I started to create first three-dimensional forms. Soon after its publication I got rid of all the works, the paintings were sent to people, to various collections. I sat down here, the studio was absolutely empty, I had no canvases, there was only cardboard, the packaging of the paintings that had been sent out. That liberated me! Suddenly I felt that now I could do something else. Certainly, the empty studio made its impact: the burden of the paintings you paint, put aside, and return to, is huge.

M.N.: You said that you used the spatial forms to develop something that couldn’t have been achieved on canvas. Do you have a name for this thing, even for your own needs?

K.N.: I believe this is about a particular kind of abstracting of reality. In painting I am attracted to the narrative, to representation – certain elements got synthesised but I did not achieve a form that would be devoid of the narrative in that medium. Obviously it’s that the spatial forms are devoid of the narrative: seemingly there is less of it, but I need for it to be there. I like to use the formal experiences from spatial work in the building of the image. I think about that constantly.

M.N.: Do you think about your works when you are out of the studio?

K.N.: I do, it is unavoidable. Thanks to that you can be creative at all. This is the true driving force: the drive is continuously present, and as long as it is there, it is worth creating. There are moments when the creative process is more intensive. When I embarked on the spatial forms I couldn’t wait to go into the studio and see what would happen there.

M.N.: And once you come to the studio, what do you begin with? Do you work on specific solutions that have come to your mind in the meantime, or do you rather devote a moment to thinking, to reading?

K.N.: I’ll be honest: I always start working on new things by doing the cleaning. I can get down to work only once I have mastered the space, this is the most important way to prepare. In the studio I mostly listen to the radio. I don’t have access to the Internet here, and nothing distracts me from work. This is the place for thinking. For practical reasons I try to separate the time of work from the time of family life – in the studio, I isolate myself and try to do as much as can be done. Life has taught me to use my time in the studio to the maximum. When Tytus was very little and I needed to stay at home longer, I would come to the studio, quickly do what I had planned, and leave. Then I also began to experiment with cardboard, which resulted from the need to condense my working time. Painting is highly time consuming. It is a process that takes hours.

M.N.: I have one more question about the beginning: where do you start your work on spatial forms? From the place where you are going to show it or from the subject?

K.N.: I don’t much like to move my forms. I have new ideas for each new space, another vision of how this work should look. For example, I was supposed to show an existing object in Tarasin’s Gallery in Kalisz, but that room has those arched vaultings. Having talked to Ania Panek, with whom we made that exhibition, I knew I had to do something new. I don’t want the forms to be empty either. I’m keen on conducting a dialogue with the recipients – sometimes, for example in the production for the Polski las / Polish Forest exhibition in Biała Gallery in Lublin, I want to achieve a more monumental effect, and I am being serious. Sometimes I make a direct reference to the character of the space. This is true for example about the sculptures in front of the Museum of Photography in Kraków, which refer to the process of cropping and looking for images. 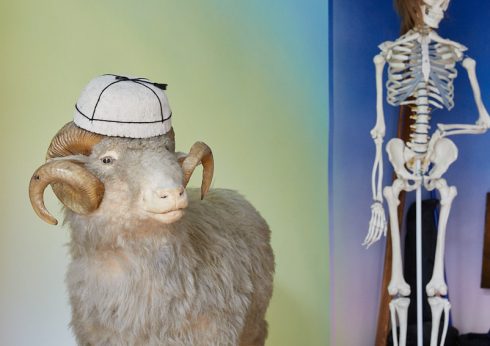 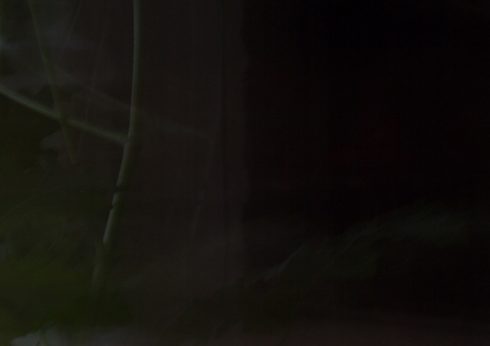